In the last two issues, Silviculture Magazine has provided readers with two vividly contrasting perspectives on resource management of private forestland. In this article we provide a perspective on the stewardship of managed forests on private and tenured land from the perspective of a woodlot owner with a land ethic.

In the first article (“Public Attention for Private Forests”, Spring 2013), Rod Beeling, executive director of the Private Forest Landowners’ Association (PFLA) claimed resource management of managed private forestlands in British Columbia is exemplary asserting that the owners of these lands are ‘good neighbors’.

Here we put these two articles in context by making a distinction between the two largest members of the PFLA and its remaining 261 members, which are relatively small forest landowners. Of the provincial total area of 823,582 hectares of forestland under private management, TimberWest owns approximately 327,678 hectares and Island Timberlands about 258,000 hectares collectively comprising 71 per cent of the provincial total, all on the Coast. Saxifrage’s experience is with these two large private landowners and with the forest practices of Western Forest Products on its tenured Tree Farm Licence lands.

In British Columbia, private rights can also be granted over Crown land through tenure agreements.  Three common forms of tenure agreement are Tree Farm Licences (TFL), Community Forests, and Woodlots. For the most part, TFLs are controlled by an oligopoly of corporations; Community Forests by forest-dependent communities including First Nations; and Woodlots by private citizens.  TFLs cover 5.6 million hectares with an Allowable Annual Cut (AAC) of 12.5 million cubic metres. As with private land, timber harvesting is area-based on Community Forests and Woodlots. On TFLs, AACs are determined on a volume basis in the same way as they are determined on Crown land for Timber Supply Areas (TSA).

Does it make any difference whether forest practices are on tenured Crown land or on private land? The answer is a resounding NO! The fact of the matter is that on near-privatized, tenured Crown forestland and on private forestland one can find examples of good and bad forest management most of which conform to forest laws and regulations that have been deregulated and rewritten since the turn of the century.  Current forest law and achieving the desired results there-under is premised on professional reliance.

Professional reliance like forest certification is only as good as the person practicing it based on the forest and environmental laws of the province.  So, why do we find these extremes in the quality of forest management?  The answer is likely to be found in the presence or absence of a land ethic governing the actions of the landowner or tenure-holder.  Of note, an explicit land ethic is also absent in the laws and by-laws governing forest professionals on whom the public now relies for good forest management.

So what is meant by a land ethic?  Aldo Leopold perhaps best explains the term in his book, A Sand County Almanac (Oxford University Press, 1949) in which he writes,

“All ethics so far evolved rest upon a single premise: that the individual is a member of a community of interdependent parts.  His instincts prompt him to compete for his place in that community, but his ethics prompt him also to co-operate (perhaps in order that there may be a place to compete for) in short, a land ethic changes the role of homo sapiens from conqueror of the land community to a plain member and citizen of it.  It implies respect for his fellow members, and also respect for the community as such.

A land ethic, then, reflects the existence of an ecological conscience, and this in turn reflects a conviction of individual responsibility for the health for the land.  Health is the capacity of the land for self renewal.  Conservation is our effort to understand and preserve this capacity.

It is inconceivable to me that an ethical relation to land can exist without love, respect, and admiration for land, and a high regard for its value.  By value, I of course mean something far broader than mere economic value; I mean value in the philosophical sense.

Perhaps the most serious obstacle impeding the evolution of a land ethics is the fact that our educational and economic system is headed away from, rather than toward, an intense consciousness of land.

The ‘key-log’ which must be moved to release the evolutionary process for an ethic is simply this: quit thinking about decent land-use as solely an economic problem. Examine each question in terms of what is ethically and esthetically right, as well as what is economically expedient. A thing is right when it tends to preserve the integrity, stability, and beauty of the biotic community. It is wrong when it tends otherwise.”

For example, a provincial assessor may determine that the highest and best use for a parcel of land is for housing, industrial or commercial use all of which provide a very high monetary value.  If the owner’s motive is to make as much money as possible, then the land is likely to be managed unsustainably with little or no regard for a land ethic; whereas if the motive is to manage the land for sustainable use of its natural resources and for the ecological services they provide, then a land ethic will prevail.

And how does professional reliance play into this example.  The forest professional’s ethical duty is to the public, the profession, the client or employer and to other forest professionals – in that order.  The public interest is largely determined by legislation. Duty to the profession is about upholding its good name.  Therefore, in the absence of a land ethic, adherence to the employer’s or client’s wishes will determine how well the forestland is managed.

While resource professionals may have high professional ideals -- they are subject to their client’s wishes, within the appropriate bounds of “management prerogative”, wherein the owner of the land or tenure has the ultimate say over how any parcel of land will be managed.   The resource professional will make his own decision relative to the ethical appropriateness of carrying out the owner’s wishes.  Some may choose different employment.

Ultimately, in British Columbia, how well private or tenured forestland is managed, and how sustainably its resources are used, largely depend, not on legislation or land ownership but on the land ethic of the landowner or tenure holder.  Until a land ethic is formally enshrined in the laws governing forest management and forest professionals, public and neighbours alike will be subject to the beliefs and values of landowners, tenure-holders and the provincial government – the public’s forest land agent.

Example 1: Different land ethics of a woodlot licensee (a RPF) operating on Woodlot License and of a foreign-owned forest company operating on a TFL with several RPFs on staff.

Both operations were conducted in the same forest types, in the same drainage, with some contiguous boundaries; all operations were compliant with  the Forest Practices Code and were fully legal. The woodlot license is financially solvent and is FSC certified ; the foreign-owned company went bankrupt; it was ISA certified. 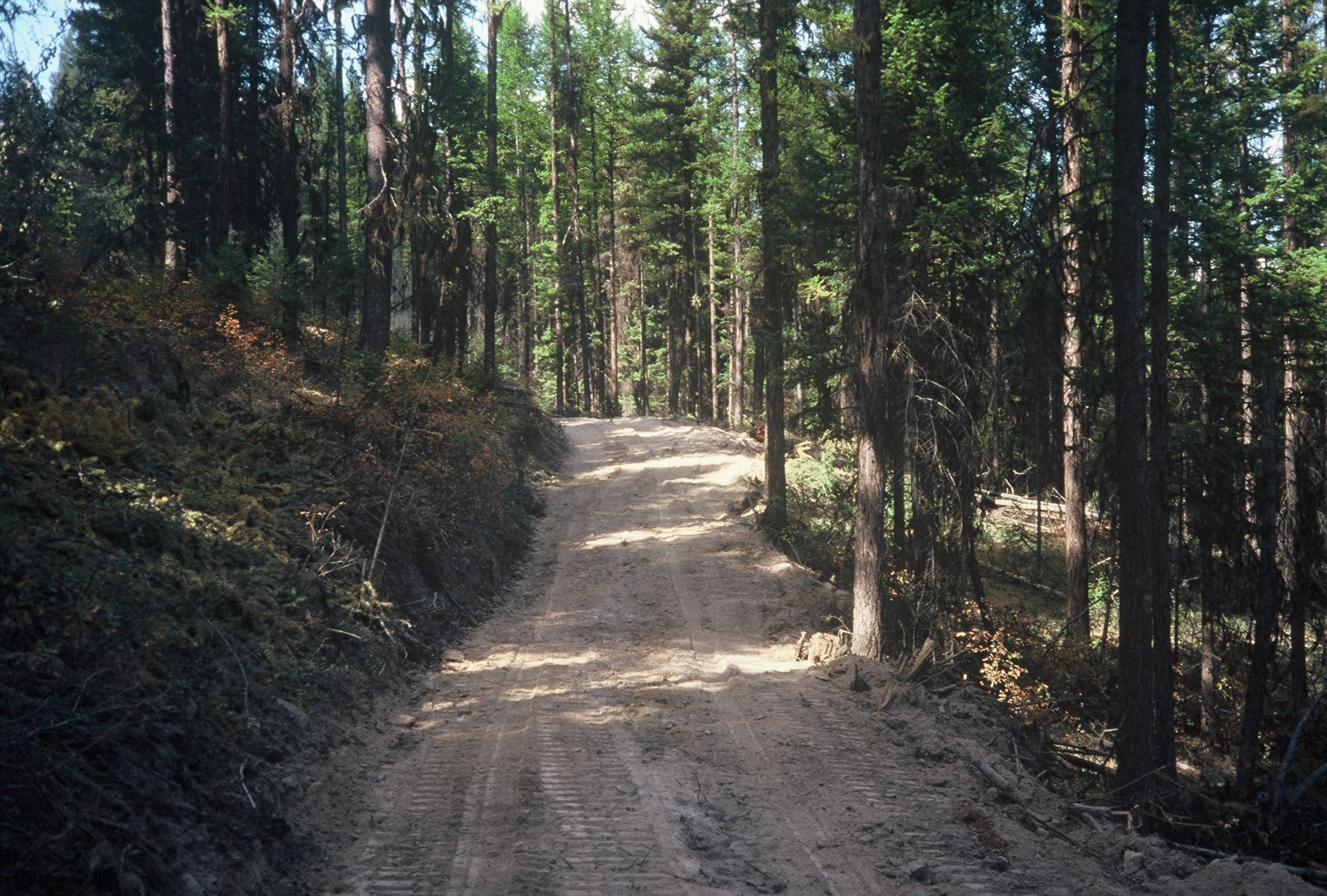 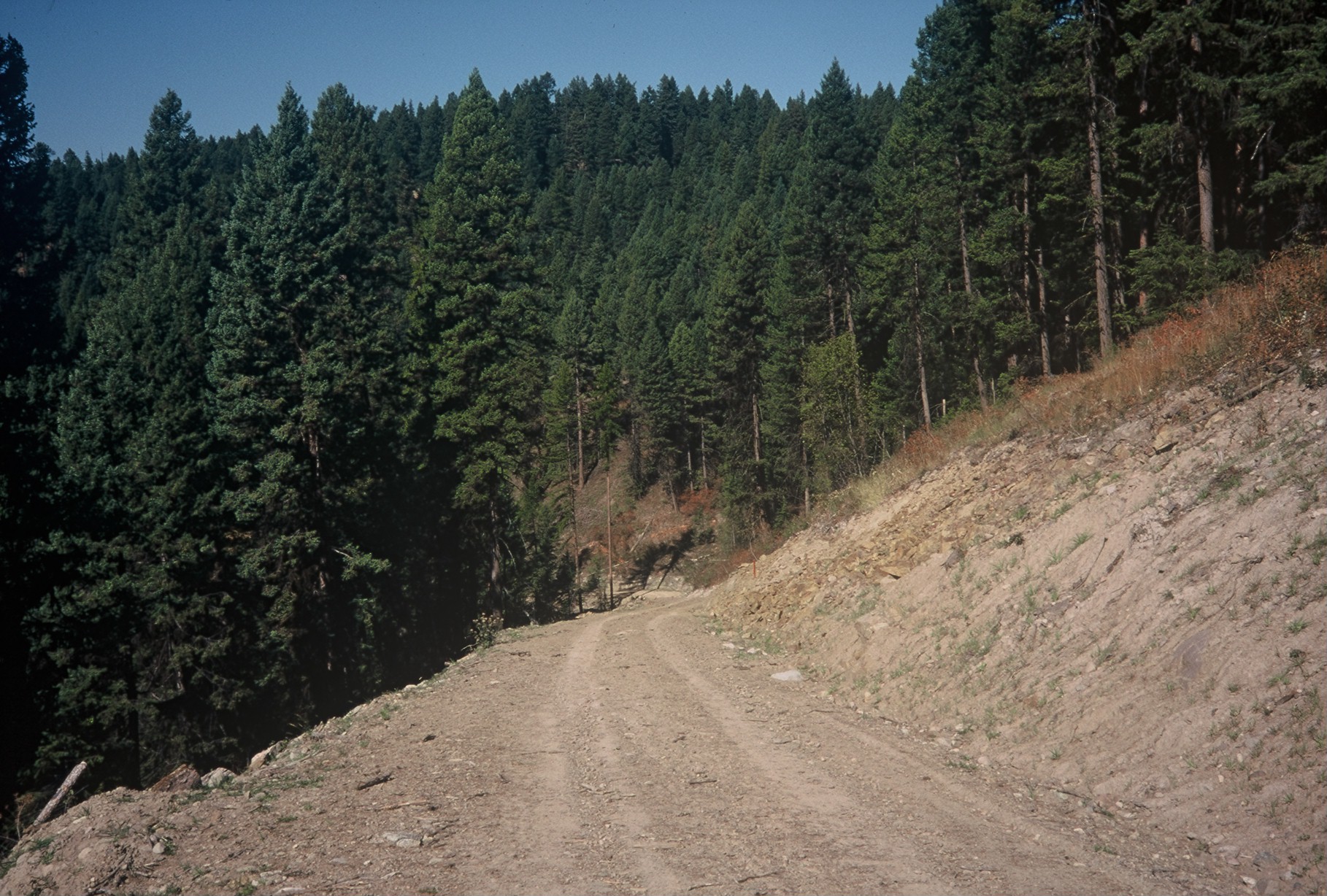 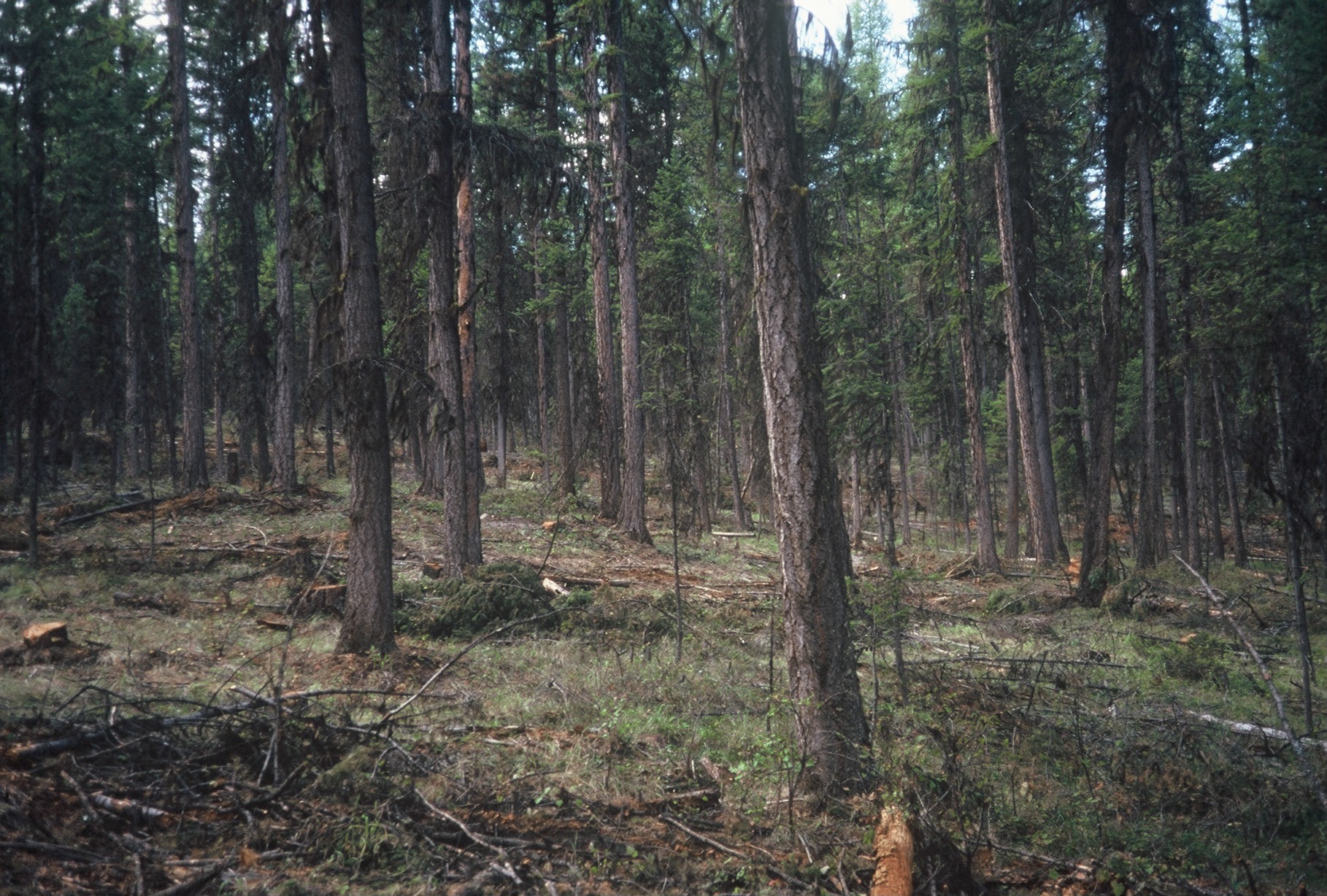 TFL Operations showing residual stand following logging; The area was ripped and planted; however, the plantation failed; it was subsequently mounded and replanted; it remains NSR.  Above photos by: Fred Marshall 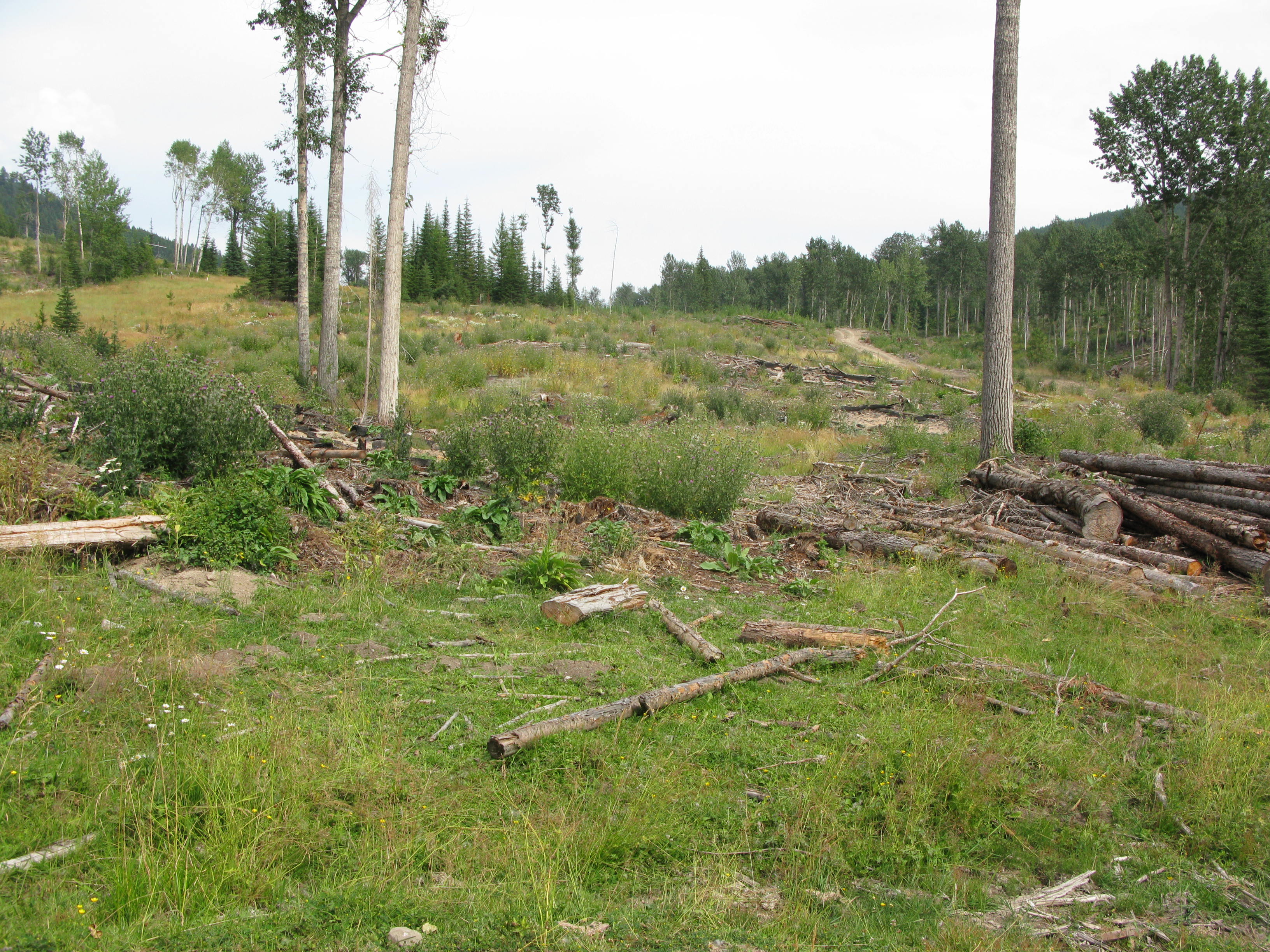 Example 2: Area of private land removed from a TFL, subsequently sold to a forest company, clearcut and now for sale. The logged area is a wasteland filled with several invasive weeds; site disturbance was extreme; the riparian area was logged of all coniferous trees. Photo by: Jane Marshall 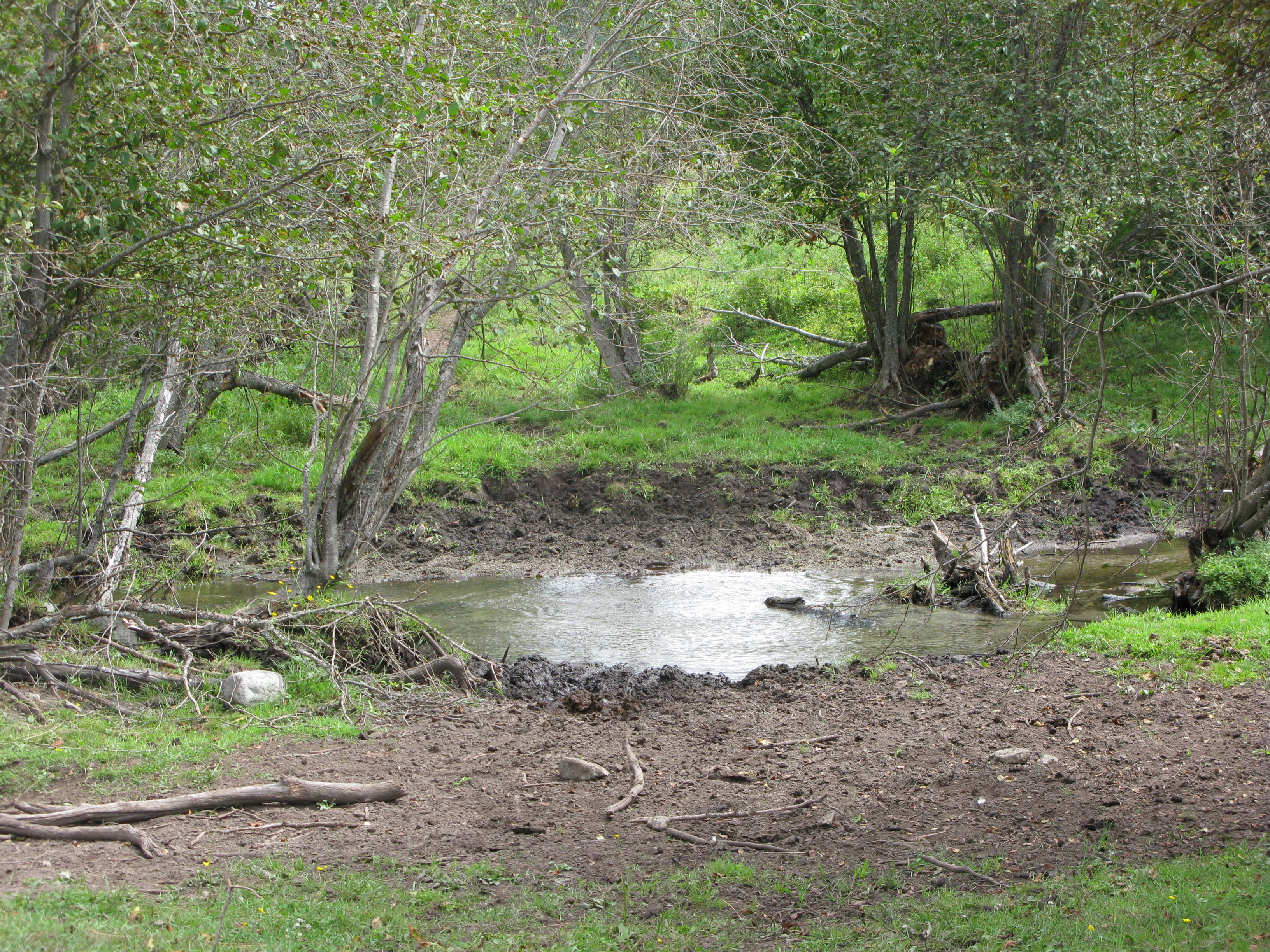 Example 3: Private lands being extremely grazed with severe degradation of the riparian area of a fish stream. 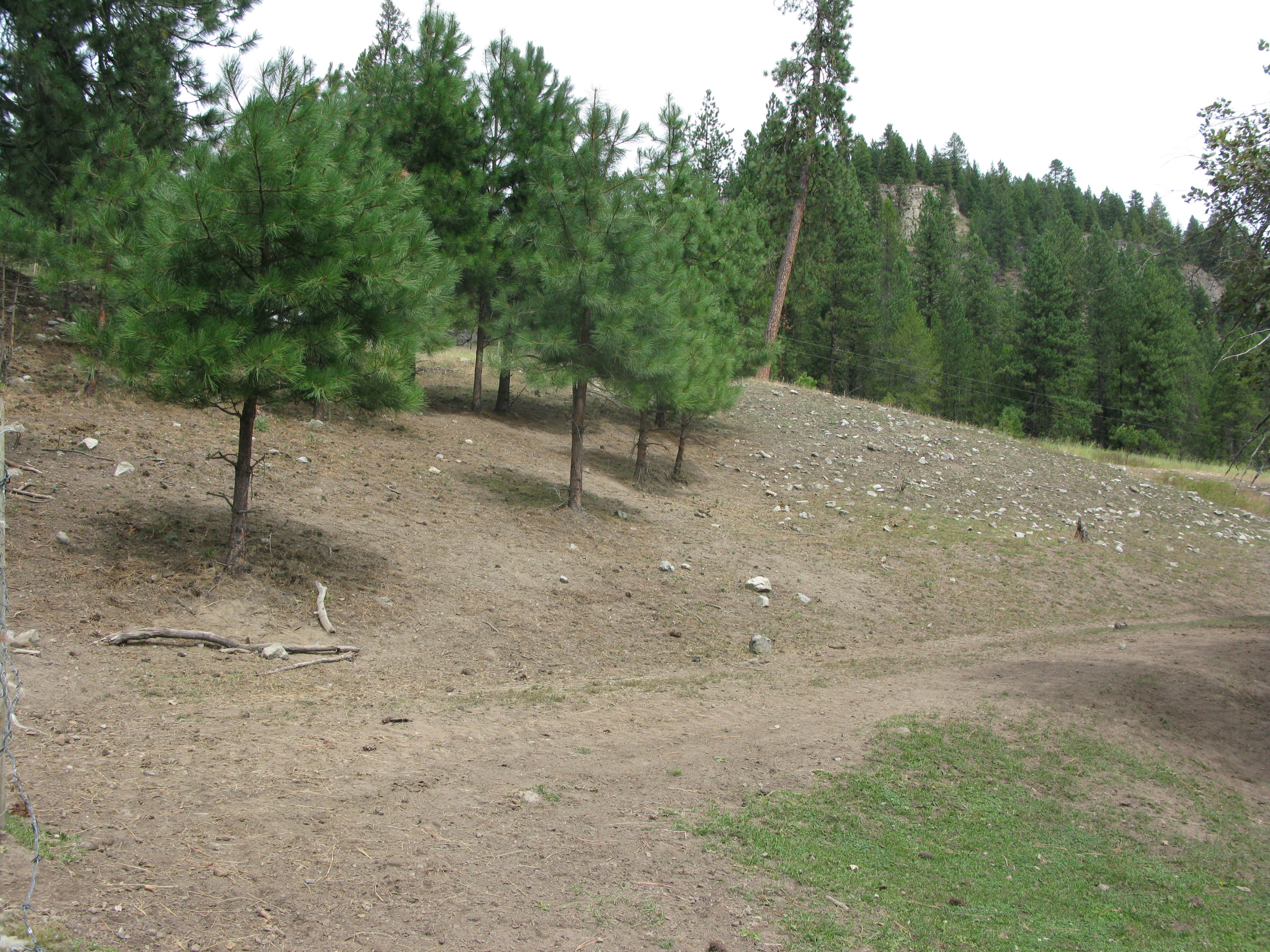