Community Forests in BC: Lessons from Abroad 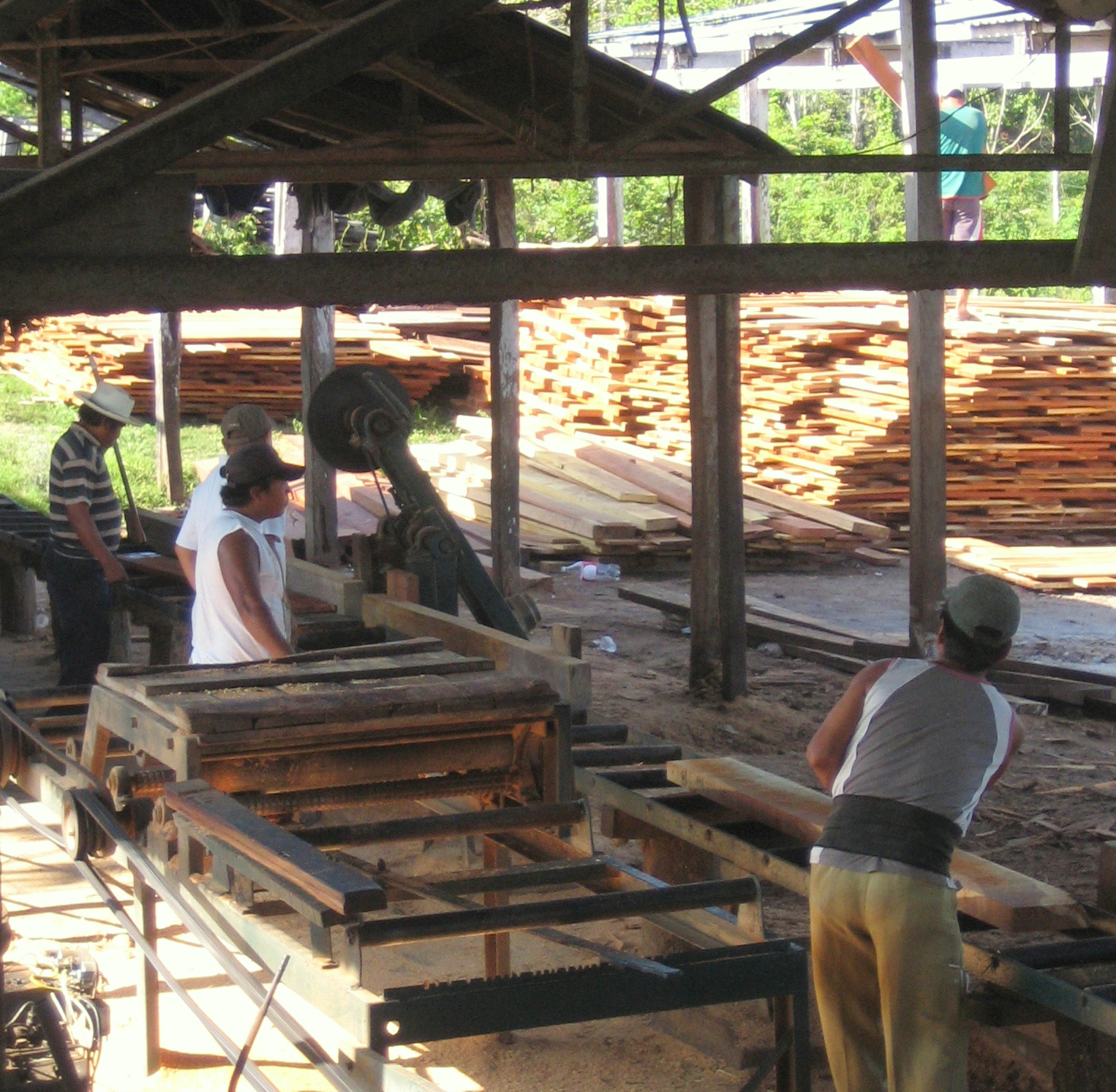 Since their formal inception as a result of amendments to the Forest Act of 1998, community forests in British Columbia have had a checkered history. That said, successes have far outweighed failures, and there is widespread agreement that the community forest tenures are an appropriate path forward for BC’s forest sector. However, some problems remain, and currently, community forests in BC are grappling with four pressing needs[1]: (1) the expansion of the community forests program to allow for any community with forestlands surrounding it to initiate one; (2) increased government funds to support marketing activities; (3) the reinstatement the Land Based Investment program or similar funds that would allow for improved forest management; and (4) clarity on community forest governance issues and how volunteer boards and hired staff can best work together for the benefit of local communities.

One of the most notable characteristics in both regions is the incredible diversity of activities that take place within their community forests. In The Gambia, for instance, diversity is reflected in the multiple subsistence and commercial goods and services derived from the forests – firewood, ecotourism, honey and furniture to name a few examples. Similarly, in Mexico, community forests along the Sierra Norte and Sierra Sur of Oaxaca support a variety of forest-based enterprises. Some of the communities not only own fully integrated timber enterprises processing lumber and furniture, but they also run ecotourism businesses, sell handicrafts, process pine resin and operate water-bottling plants within their watersheds.

Diversity is seen in business ownership structures, as well. In The Gambia, both community-controlled and individually-owned businesses can operate within the confines of their community forests. The existence of community-owned businesses has led to high degrees of much needed social investment by funding vital projects that increased villagers’ access to water, electricity and transportation. For example, the community-owned firewood businesses in one community have invested in water pumps, solar panels and even purchased a mini-bus for facilitating local travel[2]. In addition, profits were used to pay for community taxes, finance school activities and fund community celebrations. Individually-owned forest businesses, on the other hand, tend to focus more on the short-term needs of particular households – the provision of food, health, education and so on. In either case, the advantages that forest-based enterprises have generated for the rural communities where they occur cannot be overstated, as even the most basic services were lacking prior to the implementation of community forests. In Mexico, this diversity of business models has led to a situation where profits from more income-generating community enterprises are floated to less profitable ones as a means of keeping all of the enterprises afloat and retaining high rates of employment within the communities. In both regions, the success of these forest-based businesses has also had substantial indirect socioeconomic benefits. For instance, in one village in The Gambia, the local ecotourism enterprise is the main customer of other local businesses like the community bakery and the women’s vegetable garden, meaning that its existence has led to further employment and wealth being generated within the community. 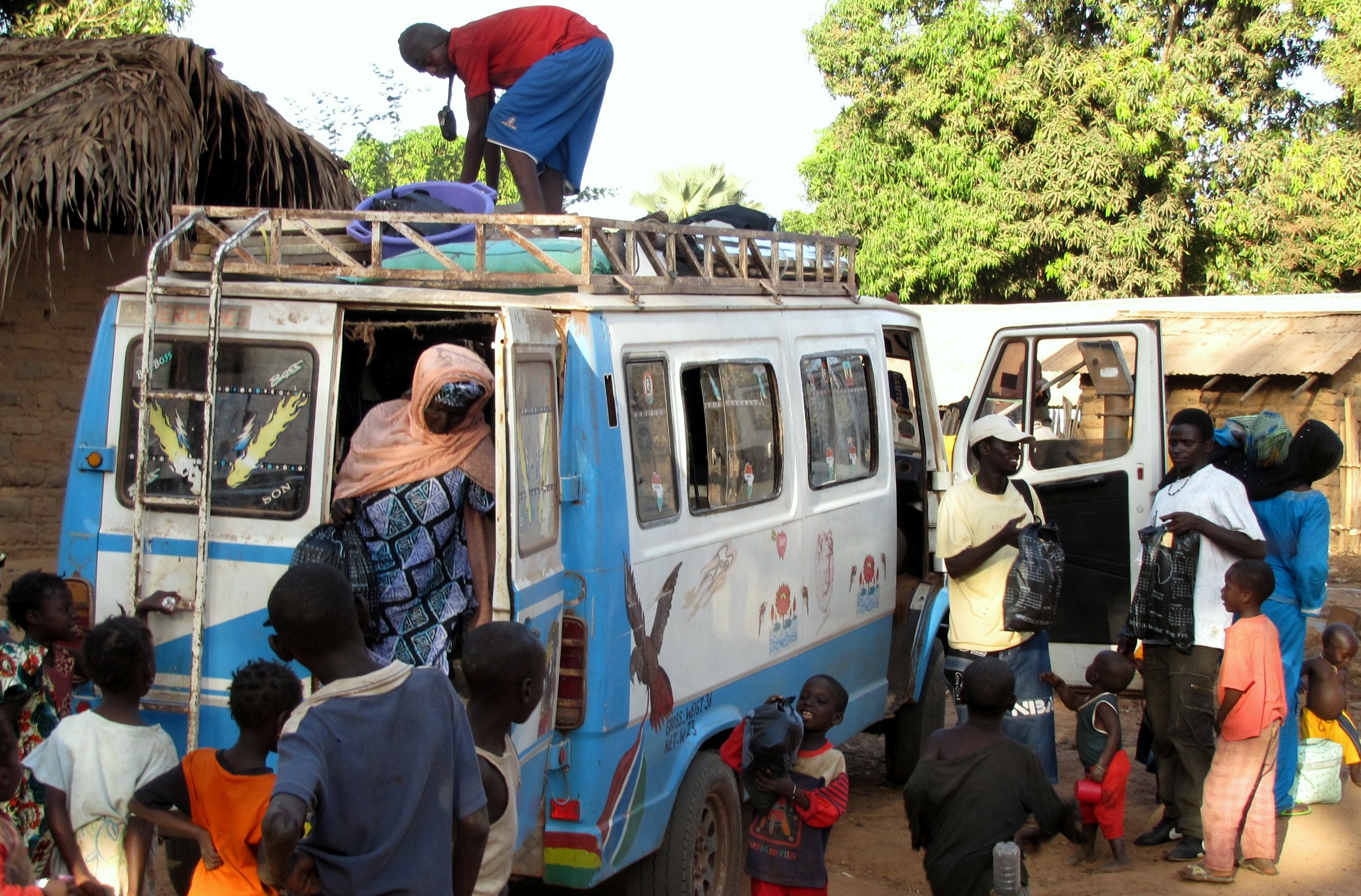 Vehicle for villager’s transportation, purchased with the profits from a community-owned forest-based enterprise in the Western Region of The Gambia (photo credit: Fernanda Tomaselli)

This diversity within community forests is not without its problems. Specifically, it leads to complexities with respect to governance structures. Globally, these structures range from national regulations and policies that balance government involvement in community decision-making (or allow for community involvement in government decision-making) to internal governance structures that dictate how forest management is organized, what access, management and monitoring rules will be applied among community members, how conflicts will be resolved and how benefits should be shared from the use of a communal resource.

Since Mexico is often seen as a leader in community forestry worldwide, its governance model has been replicated in other countries, but not always with the best results[3]. In Mexico, forest management structures were initially built upon existing collective land management structures that were shared by all ejidos (communal land holdings). With time and changes to legislation, these were allowed to evolve into management structures that were better suited to individual communities, where needed. Perhaps the best lessons to draw here is that, while governance structures around the world tend to vary depending on context, the more successful cases usually build on existing structures and are given the space to slowly evolve while adapting to new conditions.

One could argue that this entrenched communal tenure system has greatly simplified and advanced the adoption of community forestry in Mexico. Broad agrarian reform that devolved land ownership to communities throughout the 20th century, later coupled with communal, local forest ownership and a gradual decentralization of management authority over those forests, formed the basic building blocks of a community forest sector. With local ownership of the land and resource clarified early on, Mexican communities had already overcome a struggle still shared by many forest-dependent communities around the world. But this devolution alone would not have been sufficient for the expansion of the Mexican community forestry sector. In the last two decades, national and state governments, often with international donor support, have provided much needed support to community forest enterprises, largely in the forms of training programs and loans that encouraged diversification of forest enterprises. Inter-community associations and regional alliances have provided communities with technical services, assisted in marketing products at scale and represented community interests in policy-making at both state and national levels. The many examples of successful community forests in Mexico did not emerge by working in isolation.

Similarly, a key actor in the success of community forests has been the government of The Gambia – through its Department of Forestry – by providing support for the business development of community forest enterprises. This support has been in the form of capacity building, primarily in areas related to forest management, business planning and record keeping. In addition, some enterprises have received technical training in a diverse range of topics, like furniture design and honey production. In fact, the role of capacity building has been so crucial in the conception and expansion of community forestry in The Gambia that it has been included as a fundamental aspect in official government policy. Notably, government backing has not been limited to skills training, but also includes ongoing economic support of varying kinds. Some enterprises have received microloans for establishing or expanding their businesses, while others have been granted materials for starting-up their operations. As in Mexico, associations of producers in The Gambia have been vital in complementing the role of the government and supporting forest-based enterprises. They have, for example, provided training and business assistance to many of their members, in addition to providing much needed loans and material supplies.

There are many opportunities for BC to learn from the successes and failures that have occurred in community forests in other parts of the world. While the development of community forestry globally has not come without its share of problems, the cases presented in this article show that community forests in Mexico and The Gambia have generated an ample variety of benefits that go beyond traditional measures of business success. Increased resilience through diversification, high social investment, improved forest conservation, the generation of local employment, innovation and entrepreneurship, are only some of the advantages identified by our research.

The establishment and progress of the cases reported here are the result of support provided by their respective governments – especially in the areas of tenure reform, capacity building and financial assistance – to create enabling environments for community forest initiatives to flourish. This support has been largely complemented by the efforts of various associations (of communities and enterprises), which have demonstrated that collective action largely outpaces the benefits of working in isolation. Our cases indicate that, if community forestry in BC is to expand and scale up, these actors will likely be key to achieving success.

Rob Kozak ([email protected]) is a Professor at the UBC Faculty of Forestry and the Head of the Department of Wood Science.  He directs the Forests and Communities in Transition (FACT) Lab, which focuses on the wellbeing of forest-dependent communities, international development and poverty alleviation strategies, forest sector sustainability and competitiveness, and alternative tenure and business models for the forest sector.  Reem Hajjar ([email protected]) is a Postdoctoral Fellow in the FACT Lab whose research focuses on community and smallholder forestry, REDD+, and forest certification.  Fernanda Tomaselli ([email protected]) is a PhD Student in the FACT Lab with interests in ecological economics and sustainable degrowth, whose past work focused on community forest initiatives in The Gambia.

[2] See Tomaselli, M.F. 2011. Limitations and opportunities for small and medium forest enterprises in The Gambia: An exploration of the Business Environment, Business Development Services and Financial Services. MSc. Thesis, The University of British Columbia.